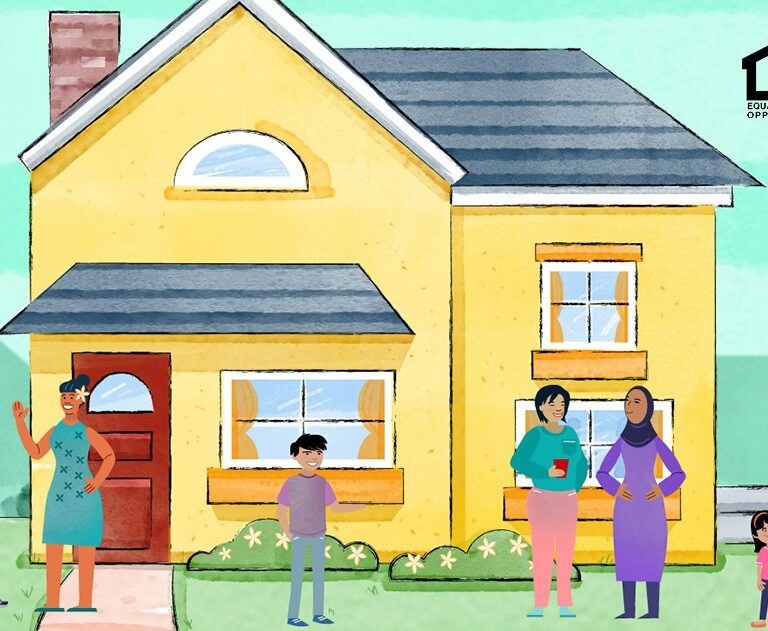 National CAPACD, in partnership with HUD, worked with twenty organizations from across the country to release a Fair Housing public service announcement (PSA) video in 16 languages to help Asian Americans, Native Hawaiians, and Pacific Islanders understand their fair housing rights.

WASHINGTON, DC  – While closing out Fair Housing Month and looking ahead toward Asian Pacific American Heritage Month (APAHM) in May, twenty organizations from across the country released a Fair Housing public service announcement (PSA) video to help Asian Americans, Native Hawaiians, and Pacific Islanders understand their fair housing rights. The video emphasizes that the Fair Housing Act prohibits discrimination in housing based on race, color, national origin, religion, sex (including gender identity and sexual orientation), familial status, and disability. The PSA is available in English and 15 Asian American, Native Hawaiian, and Pacific Islander (AA & NHPI) languages to reach the many limited English proficient communities that are often overlooked and underserved across the U.S.

This PSA was developed by National CAPACD in partnership with the U.S. Department of Housing and Urban Development (HUD) Office of Fair Housing and Equal Opportunity. National CAPACD is a national coalition of nearly 100 community-based organizations that work with Asian American, Native Hawaiian, and Pacific Islander communities and neighborhoods. The PSA reflects the Administration’s commitment to working in partnership with national organizations to advance racial equity. Historically, discrimination in housing has been a powerful tool to produce and preserve racial inequities and wealth disparities. Demetria McCain, Principal Deputy Assistant Secretary of HUD’s Office of Fair Housing and Equal Opportunity, stated “These PSAs will support HUD’s efforts to ensure all Americans are aware of their rights under the Fair Housing Act and understand the process of filing a complaint. Our partnership with National CAPACD and the twenty local organizations that are part of this campaign advances one of our top priorities -– to fortify support for underserved communities and support equitable community development for all people.”

National CAPACD has long understood the importance of culturally competent resources and services for low-income AAs and NHPIs, who disproportionately live in the highest cost cities and are often the targets of predatory lending practices. AA and NHPI homebuyers are frequently directed towards certain neighborhoods based on their race; in other cases, they are seen as a higher risk and have fewer options in mortgage products, paying higher closing costs than other borrowers. Low-income renters in these cities were already at alarming risk of displacement in rapidly gentrifying neighborhoods, and it is well-documented that the pandemic has further exacerbated this threat. According to the National Fair Housing Alliance’s Fair 2021 Housing Trend Report, there was a 9% increase in reported fair housing harassment and discrimination against Asian American and Pacific Islander communities at or near their homes in 2020.

“Since the onset of the pandemic, discrimination against Asian American, Native Hawaiian, and Pacific Islander communities, fueled by anti-Asian hate, has increased significantly. This is, however, not a new issue – though it is one that has been overlooked for far too long. Our diverse communities have faced housing discrimination and housing insecurity in the U.S. for generations. These PSAs are designed to be informative and accessible; they will advance community knowledge on housing rights and fair housing during a critical time as we enter another year of the pandemic,” said Seema Agnani, Executive Director of National CAPACD.

Since 2000, National CAPACD has advocated for and organized low-income AAPI communities and neighborhoods. We strengthen and mobilize our members to build power nationally and further our vision of economic and social justice for all. National CAPACD’s 100 member organizations across 21 states and the Pacific Islands employ a diverse set of strategies tailored to local community needs, including small business training and technical assistance, housing counseling and financial empowerment services reaching tens of thousands each year. National CAPACD works in partnership with leading civil rights and advocacy groups, including the proposed partners, to shift narrative, include the diverse perspectives of AAPI communities, and advance policies that advance economic and social justice for all.